Remember that time when you were younger and you really liked something, but you knew others might think it was weird or strange. For Jake, wrestling was what he and his friends watched and talked about when he was young. As they all got older, some continued to watch, but a lot stopped. And even Jake stopped watching pro wrestling for a good bit of his early twenties. When he started to get back into watching, it was a little bit of a secret. It was something you kind of hid from people. You knew how people would react, so it wasn’t something you discussed.

Well, this convention “Starrcast” and the “All In” show itself belong to the fans. The wrestlers who organized the event, Cody Rhodes and the Young Bucks, first began talking about it, there were a lot of people betting against them. A lot of people thought that there’s no way they could sell 10,000 seats for an independent wrestling show. No one has ever done anything like it.

Being brave enough and willing to fail at something so huge was so inspiring to me, especially as someone relatively new to the world of independent professional wrestling. I am barely brave enough to try and wear a bold lip color occasionally. 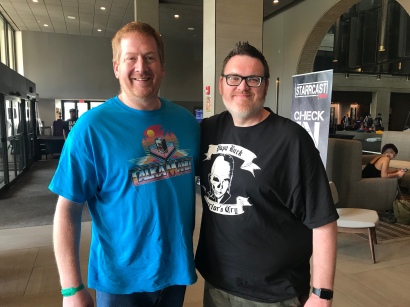 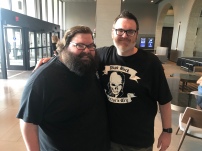 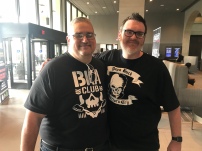 Jake is brave. He is going outside of his comfort zone and meeting all the wonderful people that have been supporting him on Twitter. He is essentially a low-level celebrity at this convention. In the elevator, someone says “oh man, wow, are you Jake Senesac?” Walking through the lobby, someone stops us and introduces themselves. It is surreal to say the least.

Overall, this convention is just a feel-good party. Everyone here shares the same feeling that they are able to “let their freak flag fly”. Everyone is coming from a place of love and commonality. We are all fans of the medium and it is truly a safe place to nerd out and talk about all the things you’re interested in! 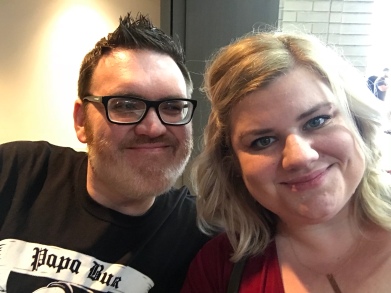 I’m Julie! I am a graphic designer living in Indianapolis with my husband Jake, two dogs and two cats! My husband became an amputee in Dec. 2017 after battling a staph infection. I just blog about our life! 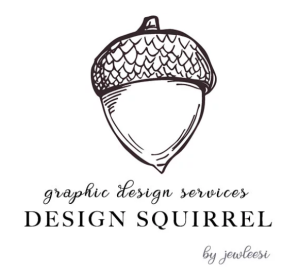 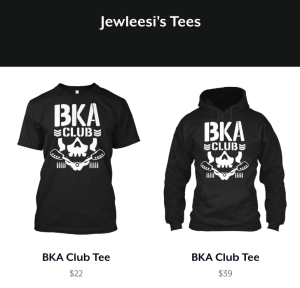